Quick description: Kieran Quinn is a bit telepathic, a little psychokinetic, and very gay—three things that have gotten him through life perfectly well so far—but when self-styled prophet Wyatt Jackson arrives during Pride Week, things take a violent turn.

And best of luck, ‘Nathan, as Light has been nominated in the Lambda Awards!! Here’s the news about that in a blog post.

Kieran’s powers are somewhat underwhelming but do have a habit of refracting light into spectacular rainbows for him to hide behind. Even so, it’s not long before Kieran is struggling to maintain his own anonymity while battling wits with a handsome cop, getting some flirting in with a hunky leather man, saving some drag queens, and escaping the worst blind date in history. It’s enough to make a fledgling hero want to give up before he even begins.

One thing’s for sure: saving the day has never been so fabulous.

Brief biography:
’Nathan Burgoine grew up a reader and studied literature in university while making a living as a bookseller—a job he still does, and still loves. He has dozens of short stories published, and one novel, Light.

A cat lover, ‘Nathan managed to fall in love and marry Daniel, who is a confirmed dog person. They recently adopted a husky. They live in Ottawa, Canada, where socialized health care and gay marriage have yet to cause the sky to cave in.

What are you working on now?
I just finished a novella – my first novella – for a project Jerry L. Wheeler is working on that I’m very excited about. It’s called In Memoriam and it’s just starting its journey in the pipeline for publication. I’m also trying to get back to the world of short stories again, now that Light is out and In Memoriam is done. I love short fiction, and it feels like coming home. 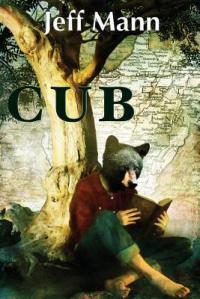 ’Nathan’s reading recommendation:
Jeff Mann’s Cub is a brilliant new YA title that I really hope ends up getting the praise and attention it deserves. The vast majority of small-town gay young adult tales generally involve the city as the goal. In Cub, you don’t find the typical gay kid desperate to escape the farm for the bright lights of the city. Instead, you meet Travis: someone not at all at odds with his rural upbringing, a poet and a passionate young man who isn’t like any youth I’ve read in gay young adult literature before.

’Nathan Burgoine also contributed to the anthology, a family by any other name, published earlier this spring. Both Bruce Gillespie, editor of the book, and Betty Jane Hegerat, another contributor, were previously promoted on Reading Recommendations!