What is your latest release and what genre is it? Search and Rescue is a mystery for literacy learners. Reading level: 3.0 (Part of the Rapid Reads adult literacy series published by Orca Books)

Quick description: When a young woman goes missing on a nature trail, small-town journalist Claire Abbott is first on the scene, as usual. The clues to the woman’s whereabouts are misleading, but Claire has a sixth sense—what the fire chief calls a “radar for crime.” Trusting her intuition, Claire insists that the search and rescue team look elsewhere for clues to the woman’s disappearance. When they fail to follow up on her lead, she pursues it on her own, embarking on a snowy chase up a mountainside that puts herself and others in danger. She’s more than just a journalist chasing a story. Claire is determined to do the right thing at any cost.

Search and Rescue is the first novel in a series of mysteries featuring journalist and sleuth Claire Abbott. 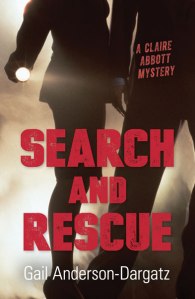 Brief biography:
By the age of eighteen, Gail Anderson-Dargatz knew she wanted to write about women in rural settings. Today, Gail is a bestselling author. A Recipe for Bees and The Cure for Death by Lightning were finalists for the Scotiabank Giller Prize. She also teaches other authors how to write fiction. Gail lives in the Shuswap region of British Columbia, the landscape found in so much of her writing. Her next Claire Abbott mystery will be published in 2015.

What are you working on now?
My next literary work, The Spawning Grounds, as well as middle school, YA and new adult projects.