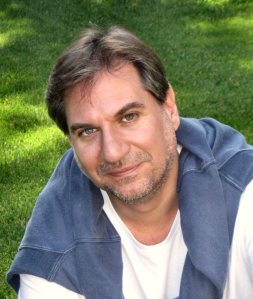 What is your latest release and what genre is it? My latest release is Pearseus: Mad Water, the third book in the epic fantasy series Pearseus. Like the other two books in the series, it has reached #1 on Amazon.

Quick description: Described as “Game of Thrones meets Dune,” Pearseus is a dark epic fantasy series with a sci-fi twist that takes ancient Greek history and myths and transports them to space.

It’s New Year’s Eve, the year of 2099, but the distinguished guests aboard the Pearseus won’t get to countdown seconds; soon they’ll be counting bodies and survivors after the spaceship’s crash landing on another planet.

The good news? The planet is seemingly hospitable both in resources and in terms of the natives’ attitude towards earthlings.

The bad news? They might have come on this planet bare of possessions, but what they haven’t been able to shed are the shortcomings of their human nature. Will that be the sole threat to a unified future, or is the new land and its first inhabitants not as innocent as they look?

The third book describes the events following Cyrus’ meteoric rise to the highest position in the Capital. A rise that has seen him betray everything he believed in. 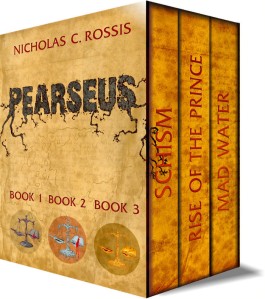 Brief biography:
Avid reader. Web developer. Architect by training, holder of a PhD in Digital Architecture from the University of Edinburgh. Now, author.

Nicholas loves to write. His first children’s book, Runaway Smile, is currently being illustrated. As well as his epic fantasy series, Pearseus, he has also published The Power of Six, a collection of short sci-fi stories.

He lives in Athens, Greece, in the middle of a forest, with his wife, dog and two very silly cats, one of whom is always sitting on his lap, so please excuse any typos in his blog posts: typing with one hand can be hard. Mercifully, all his books are professionally edited!

Links to buy Nicholas’s book:
I suggest that people start with Rise of the Prince: Amazon – eBook and print

What are you working on now?
The fourth book in the Pearseus series, plus a second collection of short science-fiction stories. Also, my first children’s book.

Nicholas’s reading recommendation:
I’ve read a number of great books lately, especially from Indie authors. I particularly enjoyed Nat Russo’s Necromancer: Awakening, but I could easily list a dozen ones! 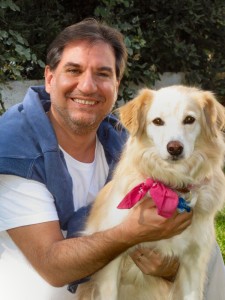