Claire C Riley was previously featured on Reading Recommendations Jan. 14, 2014. She’s back now to tell us about a new publication!

Odium, The Dead Saga is a top #100 dystopian selling book on Amazon.com for 2013, Indie book of the day winner December 2013, and Indie Author Land 50 best self-published books worth reading 2013/14. Limerence was the featured book in the Guardian newspaper for Best Indie Novel 2013. 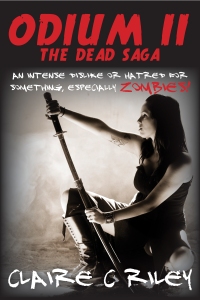 Some secrets are too horrific to ever be forgiven, and some people should never be trusted.

Tortured, starved, and on the run, Nina thinks she’s faced the worst that mankind has to offer, but she’s wrong. She may have survived this long, but she hasn’t come out of it unscathed, and there’s worse to come.

Nina’s trusty Doc Martens are showing signs of the zombie apocalypse, and she isn’t faring much better. With her snarky attitude guaranteed to get her in trouble, Nina needs to forgive the past, to live once more in the present, and learn that sometimes she needs to place her trust in other people.

Because when people are faced with the end of times, they’ll do anything to survive. 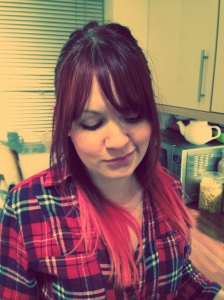 Claire C Riley’s work is best described as the modernization of classic, old-school horror. She fuses multi-genre elements to develop storylines that pay homage to cult-classics while still feeling fresh and cutting-edge. She writes characters that are realistic and kills them without mercy.

Claire lives in the UK with her husband, three daughters and one scruffy dog. 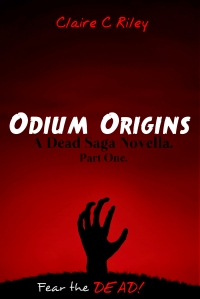 What is your latest release and what genre is it? My latest release is Odium Origins. A Dead Saga Novella. Part One. It is apocalyptic zombie horror.

Brief biography:
My first novel, Limerence, is a dark paranormal romance. I like to break boundaries with my writing, incorporating an old school style of horror and romance. Sexy and dark. (Think Bram Stokers Dracula, but for the 21st century!)

My current full length novel is a dystopian post-apocalyptic zombie novel titled Odium, and it focuses on survival, and how it would change us.

I have also written several short horror stories, with more coming in the new year.

My newest creation is Odium Origins. A Dead Saga Novella. Part One which was released December 27th, 2013 and is an accompaniment to Odium, but can be read as a standalone.

I am an avid reader of all genres, a book collector, general procrastinator and have a great zombie apocalypse plan in place thanks to a questionnaire I asked my readers to fill in for me. I collect mugs, am an 80’s movie fan and hate sprouts!

What are you working on now?
I am currently working on the sequel to Odium with a tentative release of March 2014, the sequel to Limerence creatively named Limerence II: Mia, and a horror romance novel titled Chance Encounters. I also have in the works several short stories to be featured in anthologies in 2014.

And here’s an update on what Claire has been doing since this first promotion appeared.

Claire`s reading recommendation:
This is easy for me. Dead Trees by Eli Constant. It’s a post-apocalyptic horror novel, and totally rocked my world!