David A. Poulsen has been featured on Reading Recommendations several times now: first in Feb. 2014 with a new novel; second in Oct. 2014 with an update on a new novel; third in Oct. 2015 when he recommended a new book by Ted Barris in Authors Recommending Authors. Now David is back to tell us the great news that one of his earlier-written novels that had gone out of print is being re-released by Dundurn Press. But we’ve also just received the terrific news that David was named Douglas Lake Cowboy of the Year! Congratulations, David! 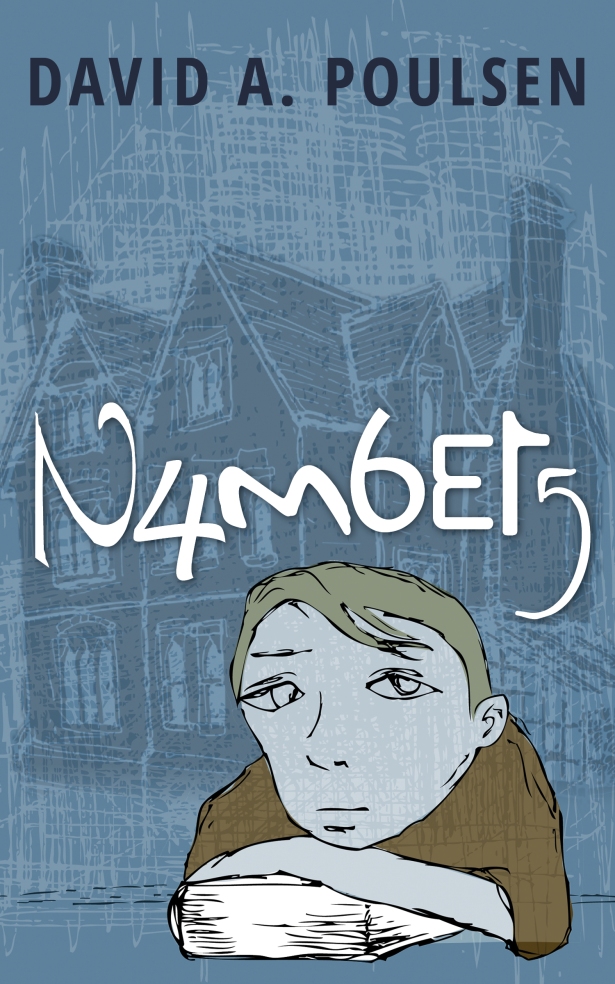 Numbers
by David A. Poulsen
Published by: Dundurn Press
Genre: YA Fiction

Just when Andy starts to feel like he finally belongs, can he stand up to the person he trusted the most?

Fifteen-year-old Andy Crockett wouldn’t call himself the luckiest kid on Earth. His brother got all the looks and all the smarts. And at school, he doesn’t fit with any of the groups — the goths, the athletes, or the brains. Even those misfits, The Six, aren’t exactly welcoming him.

But with a new school year starting, Andy thinks his luck may be changing. Parkerville isn’t the coolest school, but at least Mr. Retzlaff, his tenth-grade social studies teacher, is cool. His class is actually good from day one. Covering World War II, Hitler, and the Holocaust, Mr. R. urges students to question everything they see and hear. It’s the one class Andy wants to ace, if only to make Mr. R. proud. But before long, he starts to realize that Mr. R.’s version of history doesn’t quite match everyone else’s, and that succeeding in this class may cost more than he’s willing to pay.

David A. Poulsen has been a broadcaster, teacher, football coach, and actor who spends eighty to one hundred days each year as a visiting author in schools across Canada. He is the author of more than twenty books, including Old Man, which was short-listed for the Forest of Reading White Pine award, and Numbers which won the Sakura Medal in Japan. He lives in the foothills west of Claresholm, Alberta.

Dundurn Press lists where Numbers is available to be purchased in both print and eBook.
David also reports: It’s available at Barnes and Noble throughout the US and, of course, good bookstores across Canada–Chapters, McNally-Robinson and your independent booksellers. It’s available in book and ebook formats and can be found online–Chapters, Amazon etc.